Hi!
It has officially been a month of studying abroad! The fact that I'm living and studying in this city doesn't feel real and there has been nothing but great experiences and I couldn't have asked for anything better.
This week involved a bunch of really fun adventures in London.
Starting off with the Unseen walking tour of Camden from the cultural program. At first, I was so tired and almost didn't go on this tour, but I pushed through and was really happy that I did. The Unseen walking tour is a two-hour tour through the town Camden, mostly famous for its music scene, that is led by a man who used to be homeless. He showed so many spots in Camden that had stories to go along with the town that only someone who had been living there for years would know about. He told us all kinds of stories about how he has sung with the Smith's in a pub and even seen Amy Winehouse perform in a small venue as well. It was a really cool tour that showed all the in's and out's of Camden. 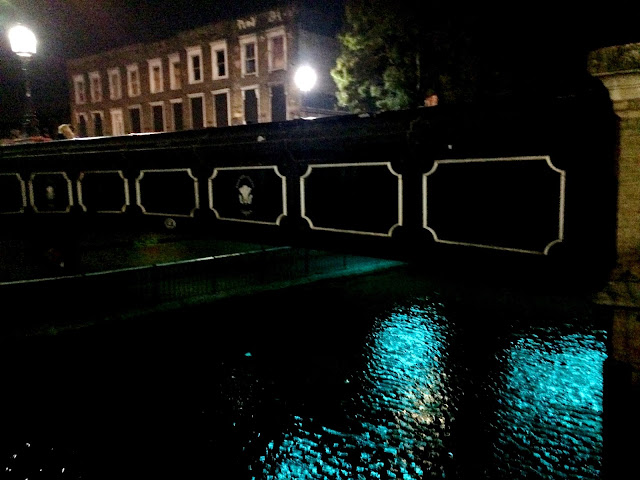 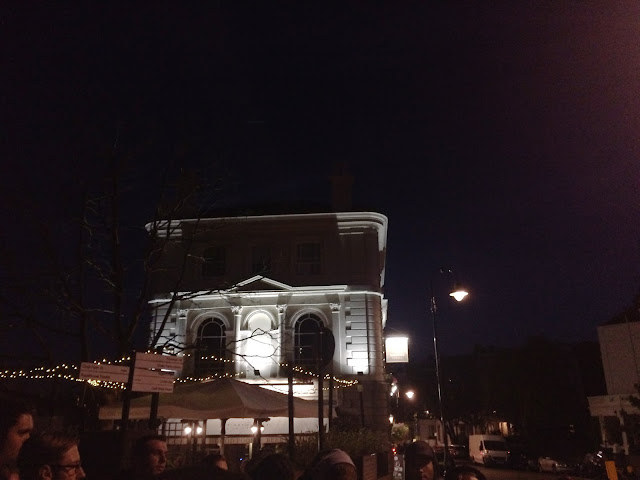 One of my favorite bands is Oasis and this is one of the pubs that Noel and Liam Gallagher regularly visited. 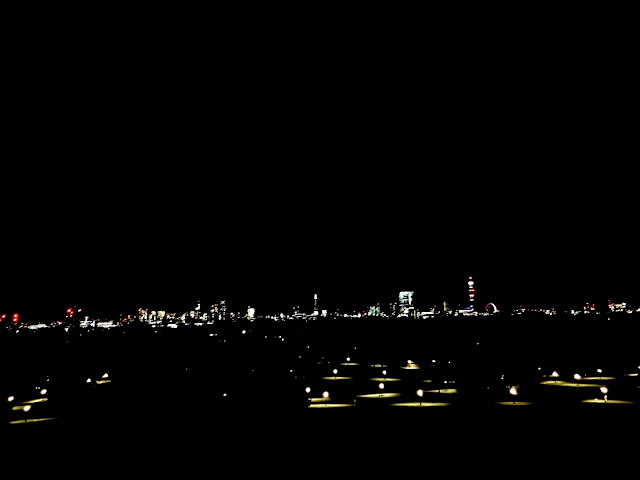 The view from the top of Primrose Hill. It's kind of dark, but if you look close you can see the London Eye, or what I think is the London Eye, it very well may be a clump of lights.

On Thursday, some friends and I wanted to go see a musical and they wanted to see Wicked, but I had already seen it the previous week. Even though I wouldn't have minded seeing it again (I told you I was obsessed), but I decided to just go see a different musical by myself. The Kinks are one of my favorite bands ever and I had been wanting to see the musical Sunny Afternoon, a musical of their coming about story that also involved their music, so I decided to go see that. Once I was ready to go see it and I was walking towards the theatre, I realized I had no idea whatsoever about where I was going. By the time I had gotten off the tube it was about 7:10 and the show started at 7:30, I started walking in the general direction towards the theaters but where I was at, Picadilly Circus, was about as crowded as it is in Times Square and I was so lost. I stopped and looked at my map again and then found out where I was and made it to the theatre in time luckily. 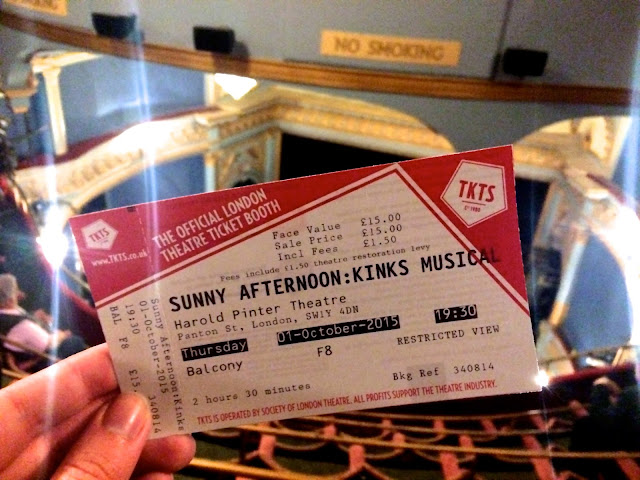 It was a great show, I loved the music and it had some funny British humor too. Also forgot to mention that I got my ticket really cheap, and by cheap I mean I was in the very last row in the balcony and was looking at the top of their heads most of the time, but it honestly didn't bother me. I also didn't mind going to a show by myself either, it was actually really fun and I would do it again.

On Saturday, my roommate Jen, my friends Michelle, Serena, and I decided that we wanted to see some countryside of England. Unfortunately, it was so expensive to leave town for the day that we weren't able to, but we looked up some places that are in London that we could go to that still had the countryside aspects that we were looking for. We found the Horniman Museums and Gardens in Forest Hill and decided to explore there. 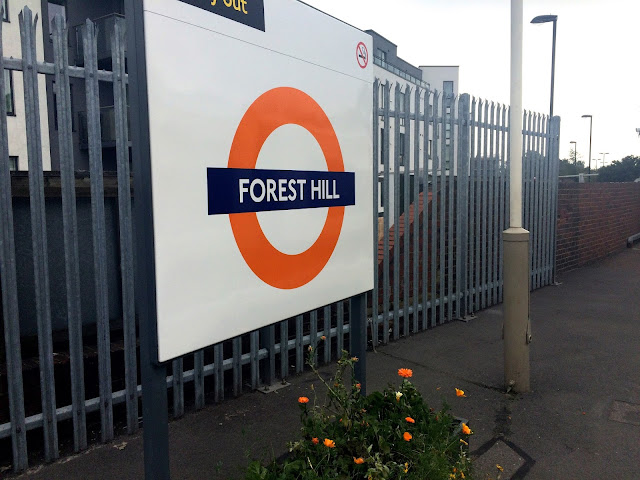 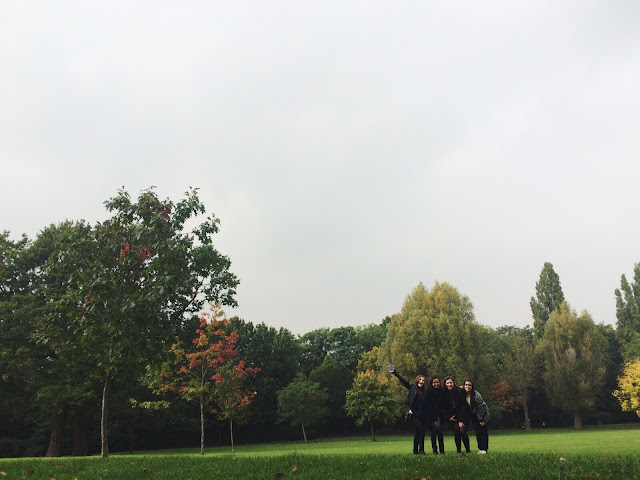 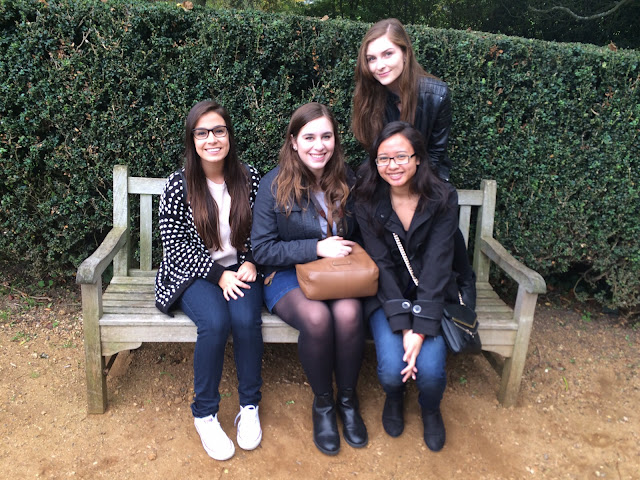 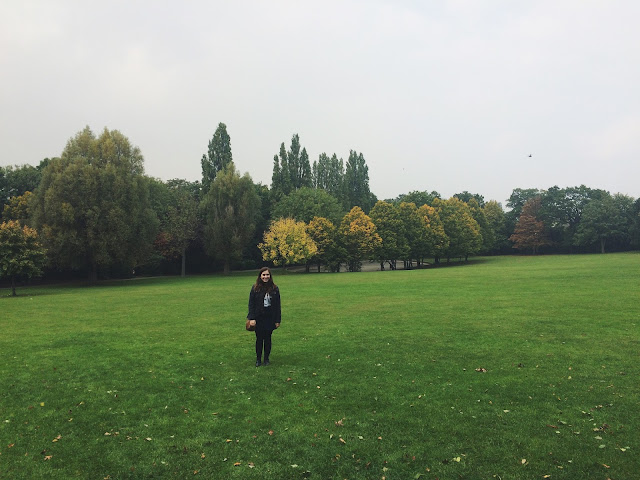 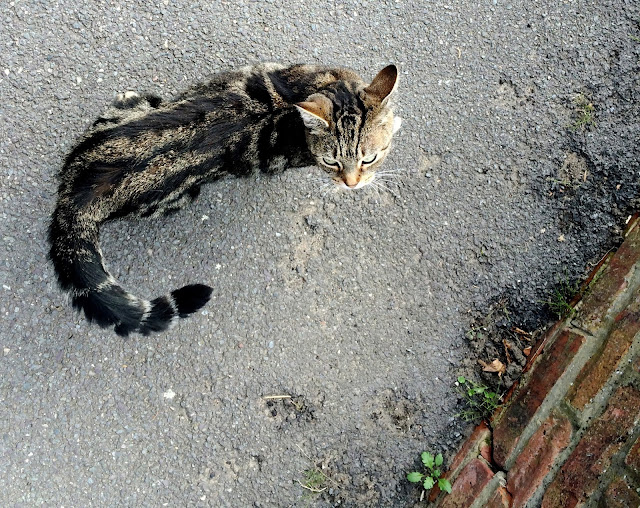 We found a cat. 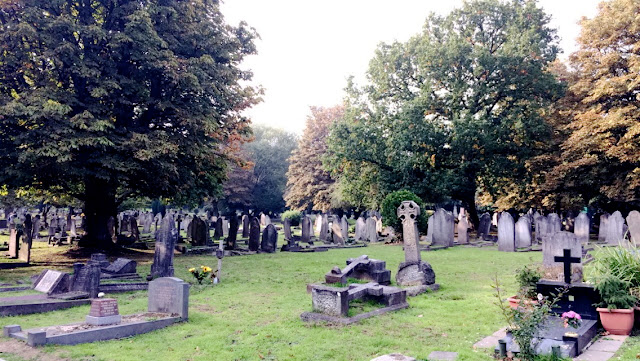 Then we found found a cemetery. 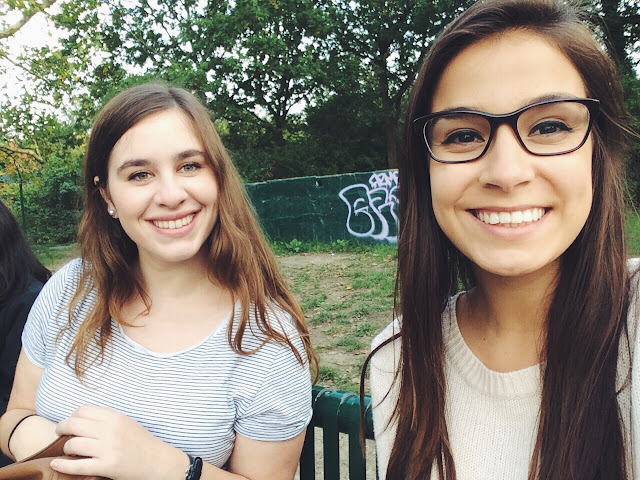 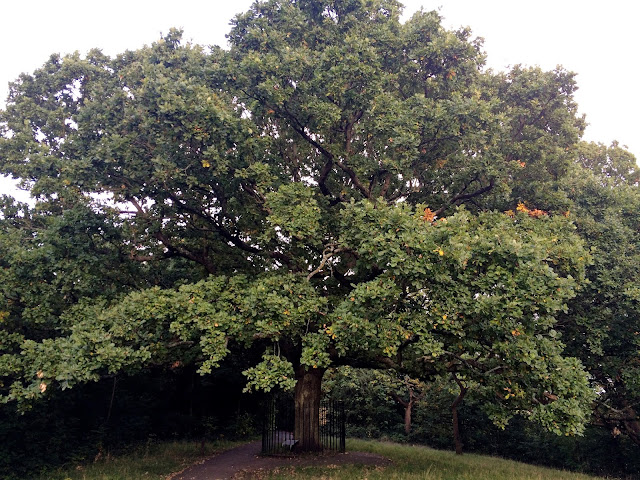 Then we climbed up One Tree Hill, this was the one tree.

Then today, which is Sunday, Jen and I decided to go to Portobello Market to get some food and shop a little. 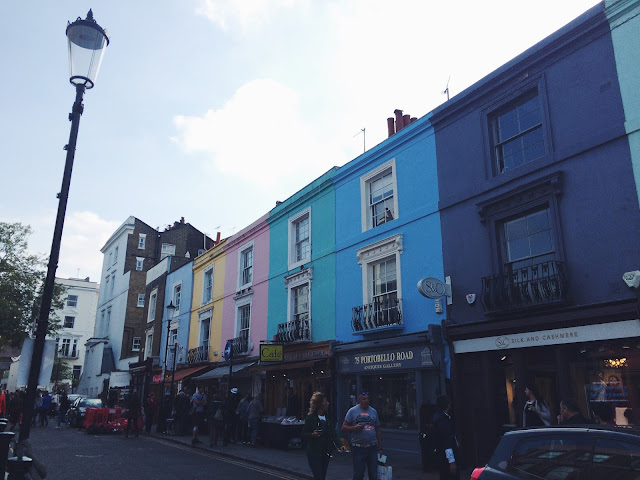 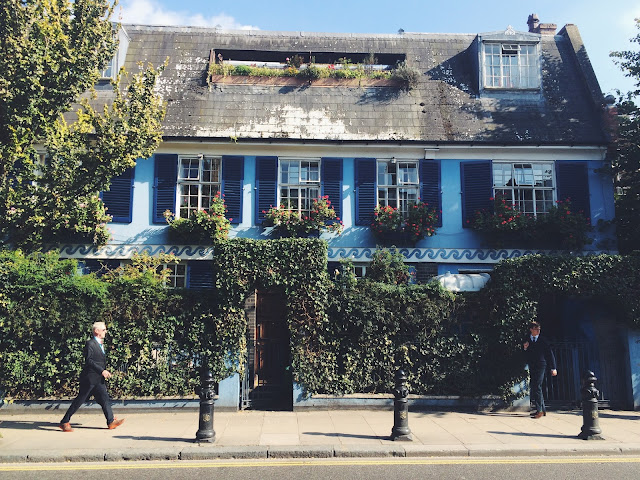 The market ended up being not too busy and we did end up finding food, albeit not great food, but food nonetheless. It was a great market for clothes and antiques, not so much food. Good times though!