Hi!
This week was a busy one. The beginning of the week started out normal with the usual classes and grocery shopping. On Wednesday after classes Jennifer and I decided to go find a hidden garden/park called St. Dunsten's in the East.
It was such a cool place, really gothic looking. 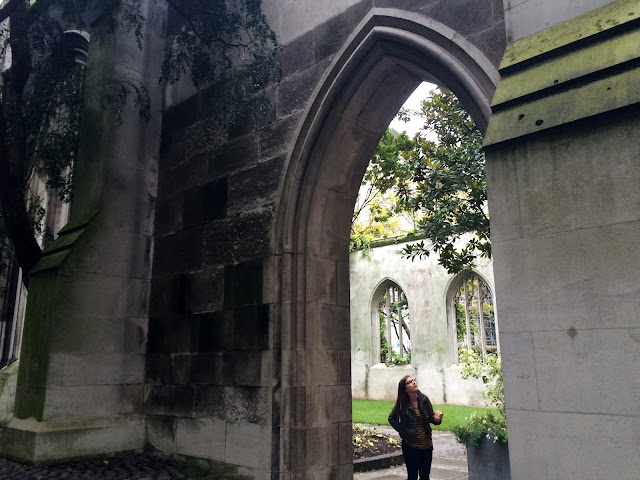 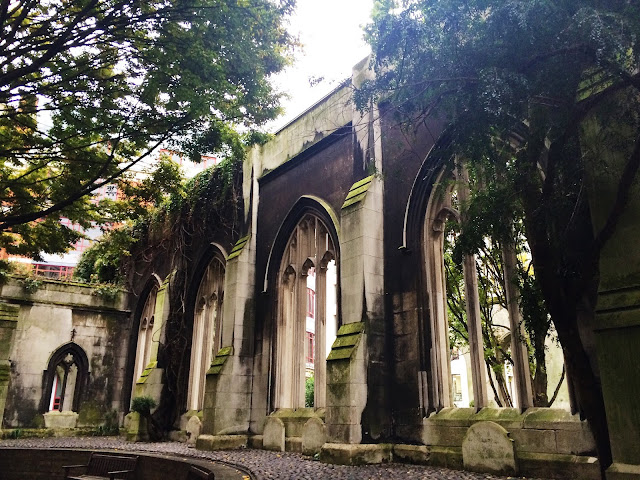 As we were looking for it though, we were really doubtful that it was going to be there because it was in such a city-looking area. Like in this picture. In Jen's words "it's a modern oasis; a remote sanctuary in the midst of metropolitan chaos" hahaha she was joking...maybe. 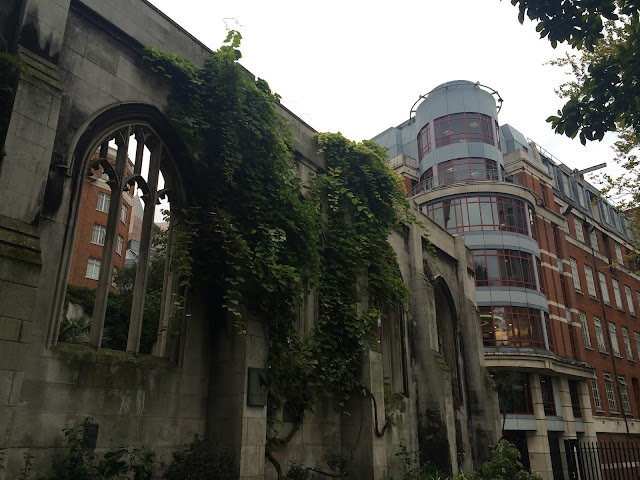 Then we walked a little and found the Tower bridge. 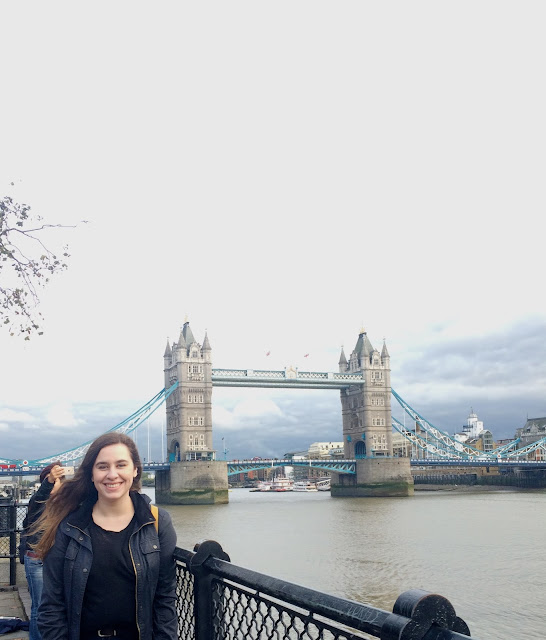 To watch Jen's vlog from this trip here is the link.

The next day my friend Jazzy and I had plans to go see a film that was playing in the British Film Festival. We saw Grandma, which was so funny. It was playing in Leicester Square and we got lunch beforehand too. After that, I met up with Jen and we went to the National History Museum. Such a cool museum. 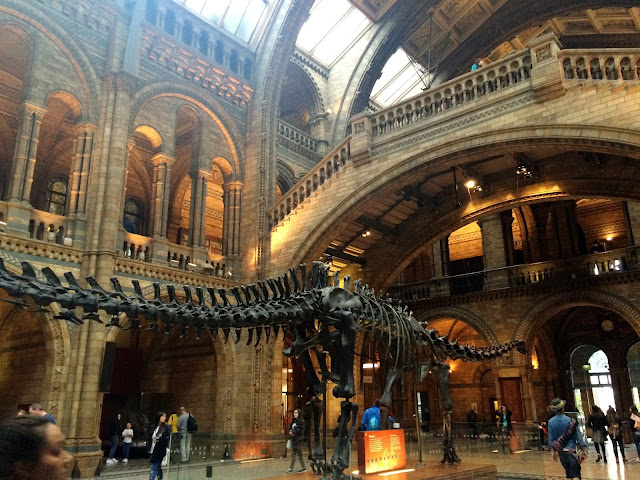 The next day we had another cultural program field trip to Salisbury and Stonehenge. 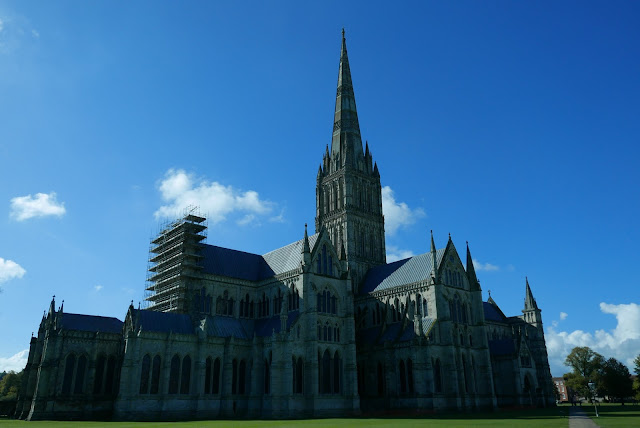 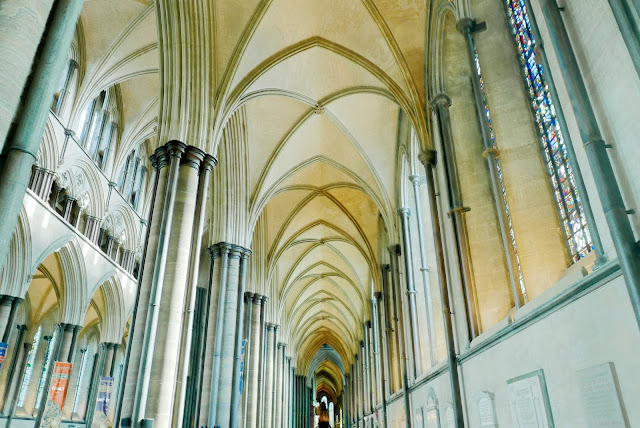 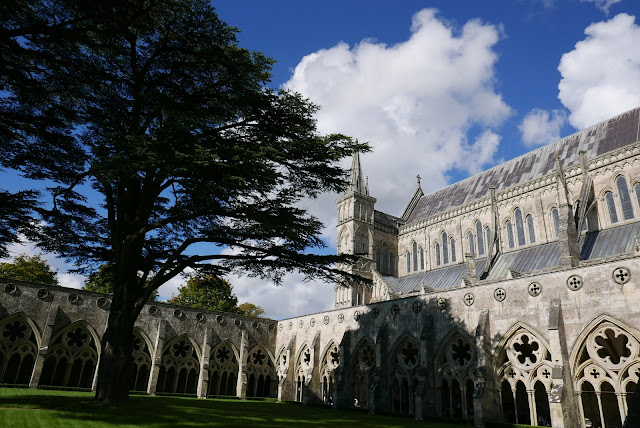 We went inside this cathedral in Salisbury then made our way to Stonehenge. 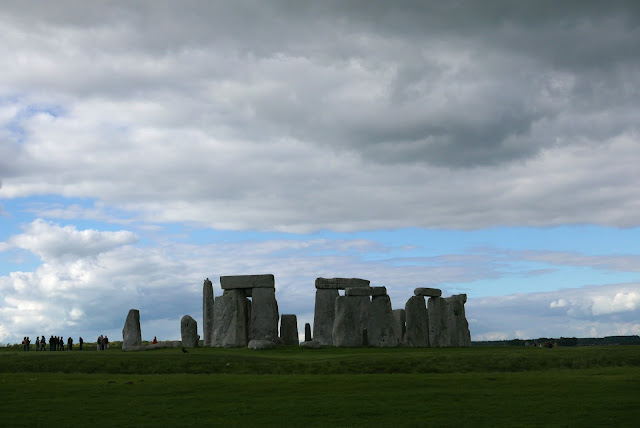 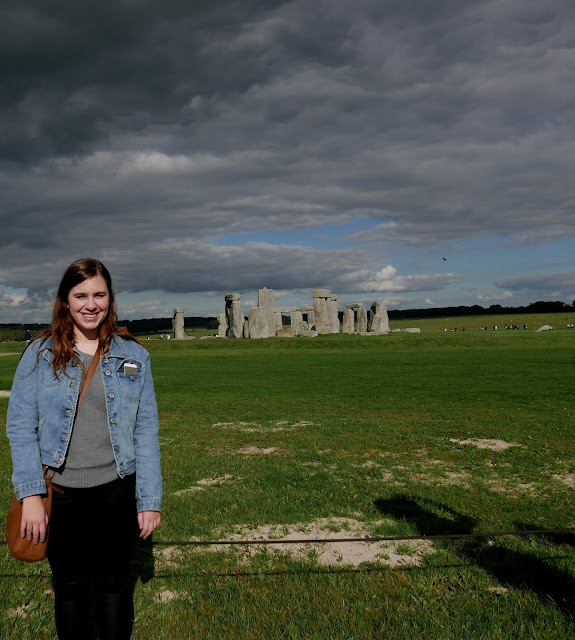 Stonehenge was amazing and really a place where I couldn't believe I was actually there.

Then on the weekend I decided to go to Derby to visit a family friend. 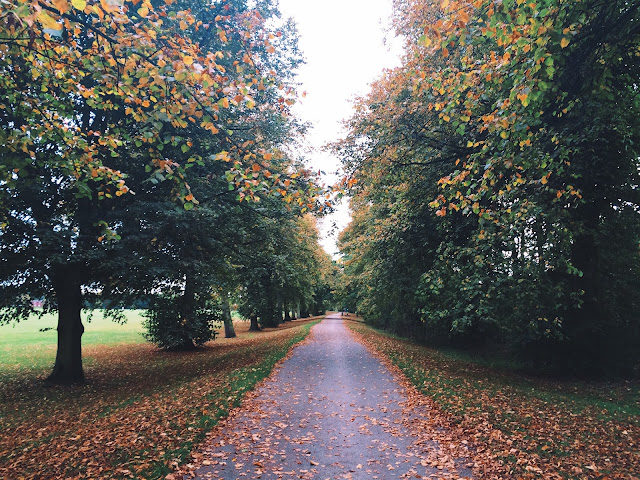 The first day we just walked around Derby and saw the parks near the house. 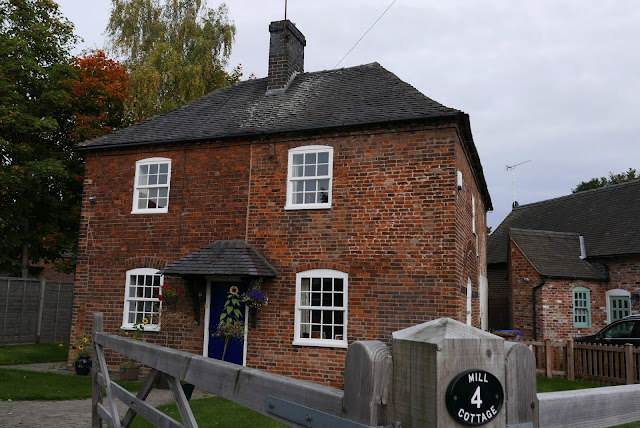 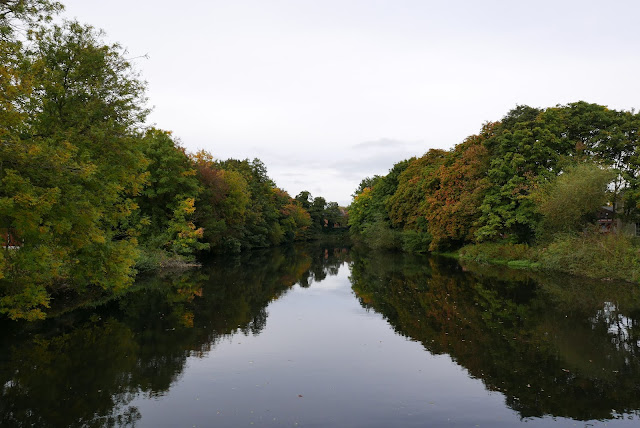 The next day they took me to Chatsworth Mansion, which was one of the most beautiful places I have ever seen. 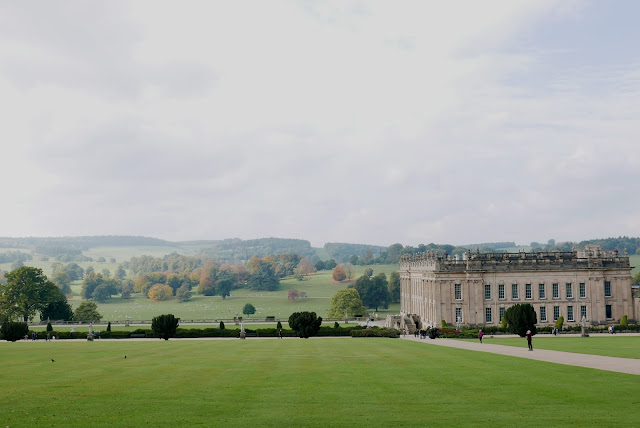 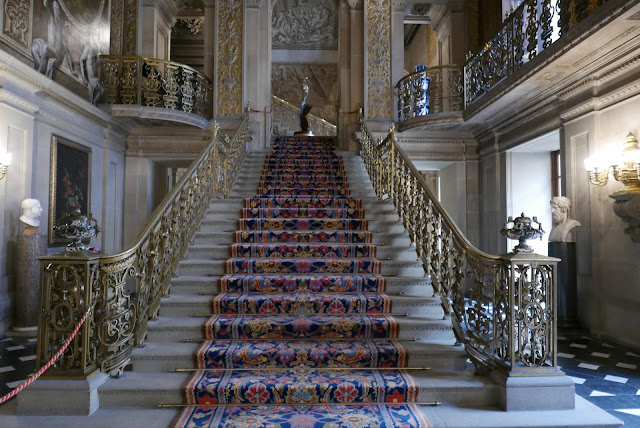 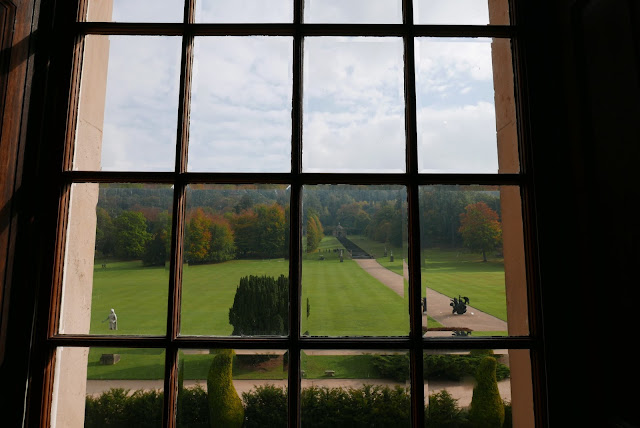 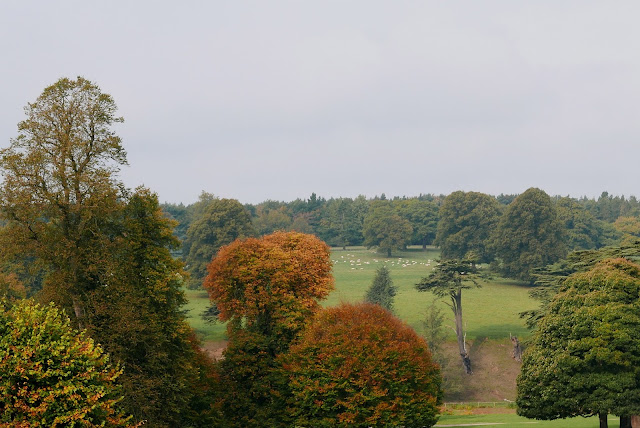 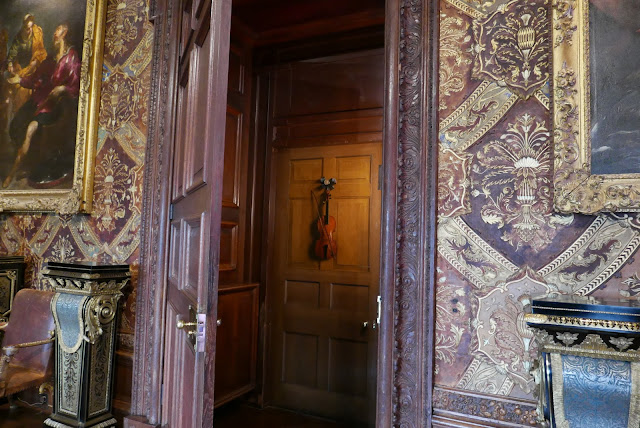 This was a painting that looked so realistic. 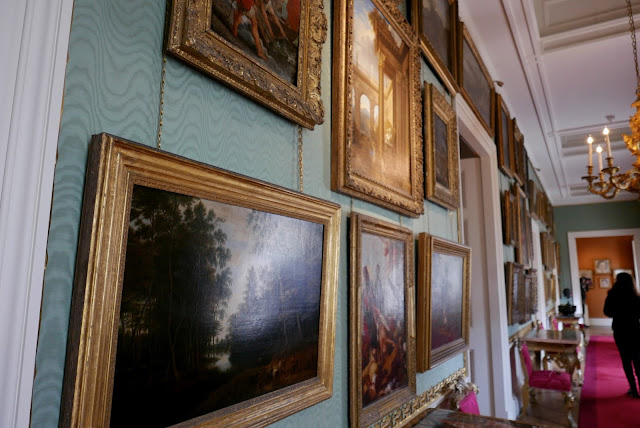 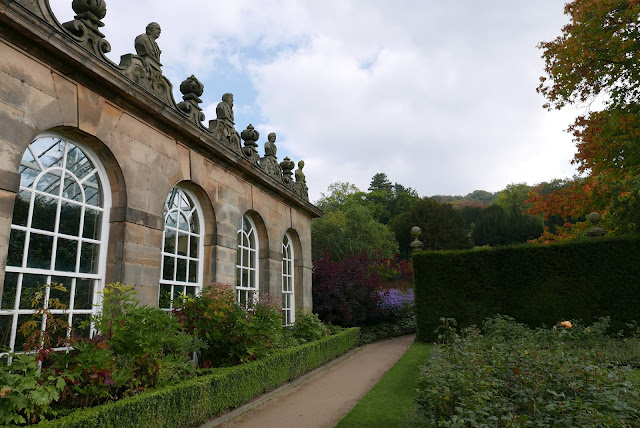 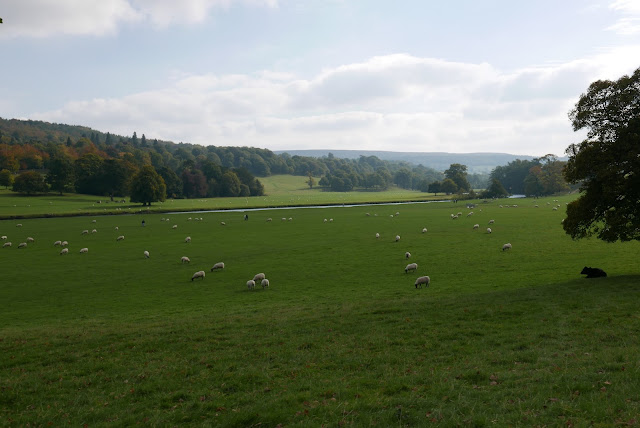 The sheep were probably my favorite part though. 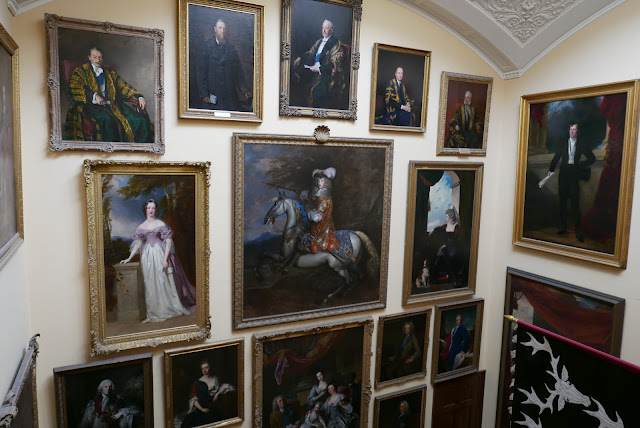 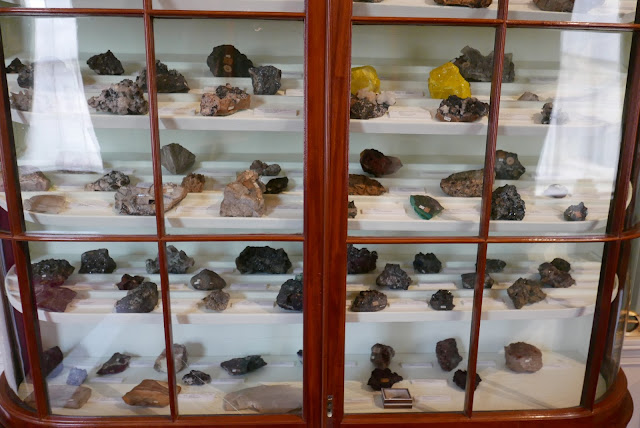 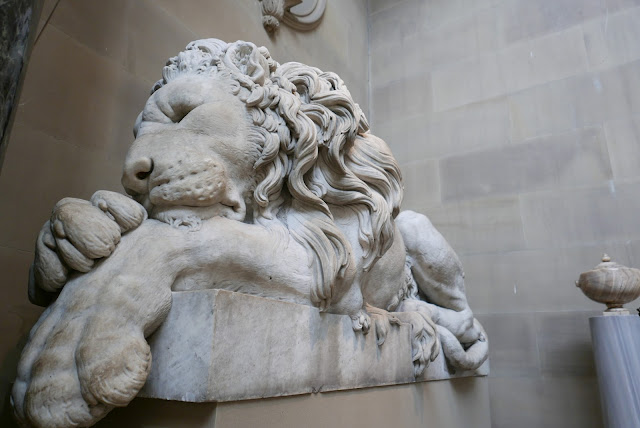 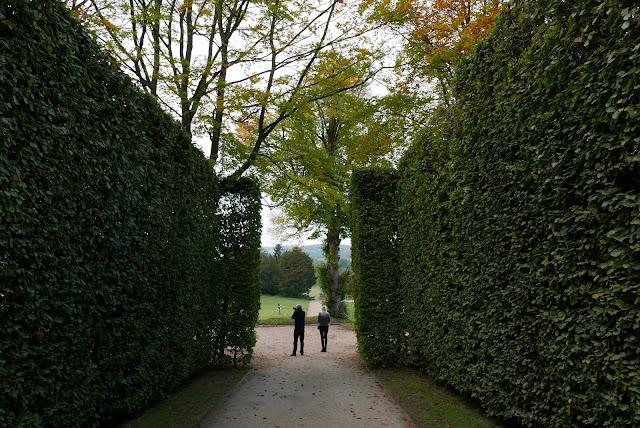 This is Alan and Diane, family friends who showed me around Derby. 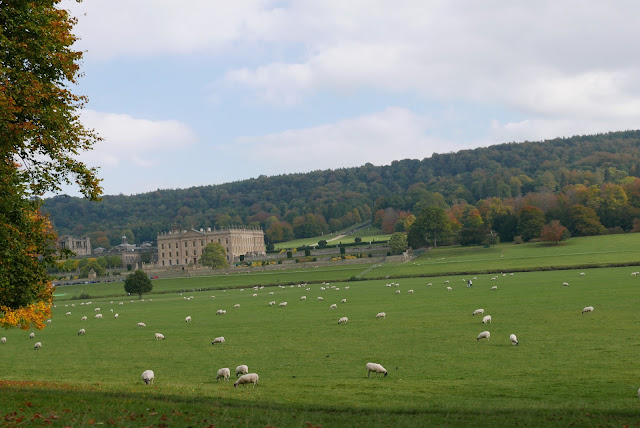 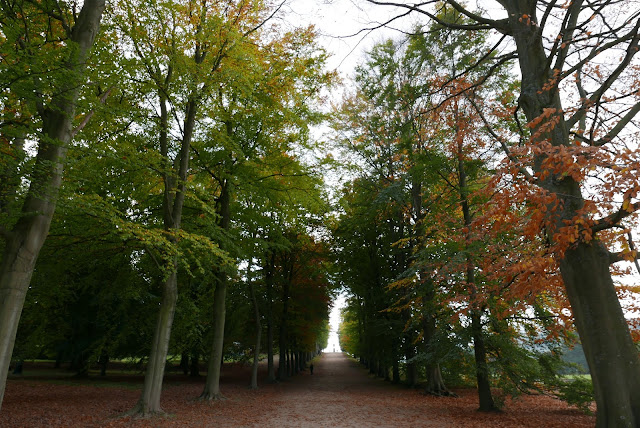 I still cannot get over how beautiful this place was. We then drove to the Heage windmill that still grinds flour today. 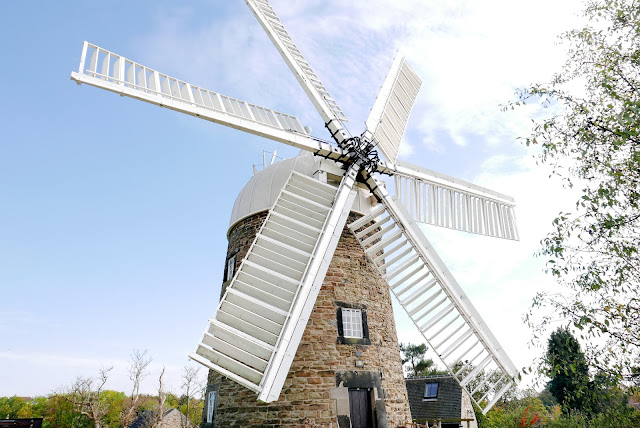 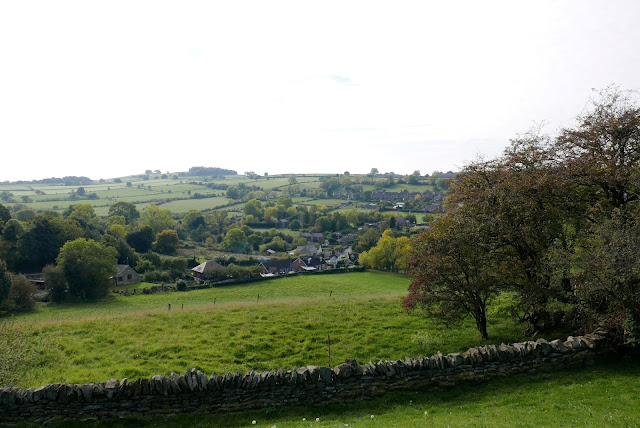 After that, they drove me back to the bus station and I rode back to London. Overall, a really nice weekend away and I was so happy that I went to go meet them. They were the nicest people and I had a lovely time.